What's on your mind?

I wanna add physical descriptions of the characters and image colors. I dunno if that's okay, so I'm just gonna drop a post so that if any edits occur it be known that it was I

Me and my friend have experience in cleaning and doing translation of manhua, I asked her if we could translate Otogi No Uta manga in both english and portuguese(our native language). She did agree but we dont have almost any experience in translating japanese (only for a couple of songs for a hypmic group), so I wanted to ask if anyone could help, thanks in advance

Idk if there are any, so I wanted to ask cause I want to know more about the franchise but I can't understand the drama tracks that well.. Ofcourse, I don't know if there is some sort of legal thing where you can't but I was just wondering if there are any, and if there are where they are available? Thank u very much if anyone answers hehe @_@

Translated and added the stories needed! forgive me any mistakes i've made, it's my first time doing this, but i've tried my best!

Hello!! I haven't updated this wiki in ages, thanks to anyone making edits! I'll add a page for the new boy when my laptop is fixed, in the meantime there's a manga chapter with Yosuzume's backstory, I'll try to translate that. I'm honestly not always 100% confident with my translations, hence the original Japanese being left on wiki pages, but I try my best to retain the original meaning;

Hello everyone, the new character has just been revealed! His name is Sakuya! His character is based on the folk tale 'Hanasaka Jiisan' and his genre of music is techno pop. He will be voiced by Yuuichiro Umehara, who, much like everyone else in this series, is an amazing singer/voice actor! I'm very excited to hear his music!! ^o^ 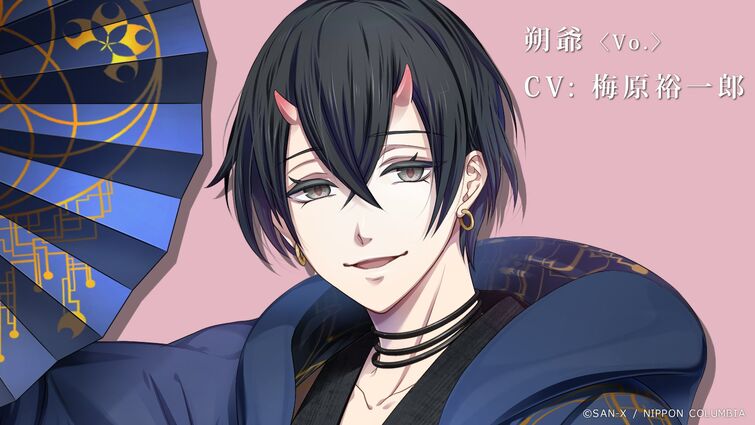 I just realized something pretty interesting about Setsudan Club! So I got the Setsudan Club CD last month in May and of course, I listen to it a LOT. ?

So today I was listening to 'Shuan no Gokumon' for nearly the HUNDRETH time then I realized something about the characters when I listened to a verse in the song.

It's near the second chorus where Reiou Tsuchida (the voice actor of Yosuzume) sings 'tsuzura no naka yoru suzume'.

So I've been practising my Japanese for a little over a year now and I've concluded that that verse translates to "the night sparrow inside of the basket". (Sorry if the translations aren't super good, I'm still studying)

'Tsuzura' being a wicker basket, 'no naka' meaning inside of, and 'yoru suzume' meaning night sparrow. So then I thought after that, "hey, the word 'tsuzura' is used in Kotsuzura and Ootsuzura's names".

Then it hit me. In the original story of the 'Tongue-Cut Sparrow', there are monsters in the little basket and big basket that the sparrows at the inn give the man then woman a choice of taking home. But if either one of them opened it before they got home (which the woman did, not the man), the monsters would come out of the basket instead of treasure.

So Ko and Oo are based off of the monsters of the big and small baskets. And if you look at the kanji of their names:

You'll notice that at the beginning of Oo's name is the kanji for big (dai) and Ko's name the kanji for small (chiisai). And the ending kanji for each of their names is 'tsuzura', which is the wicker basket.

So their names mean 'big basket' and 'small basket' :o

I also thought it was clever that Ootsuzura is the older brother while Kotsuzura is the younger (smaller) brother so the 'big' and 'small' kanji in their names represent that as well.

Man, I just love how creative this series is!!